What Are All the Generations Called: Are you wondering which generation you are in? Or you want to have a better understanding of Generations by name, birth year, and ages. This post has outlined adequate answers to most questions about generation names and years.

What Are All the Generations Called 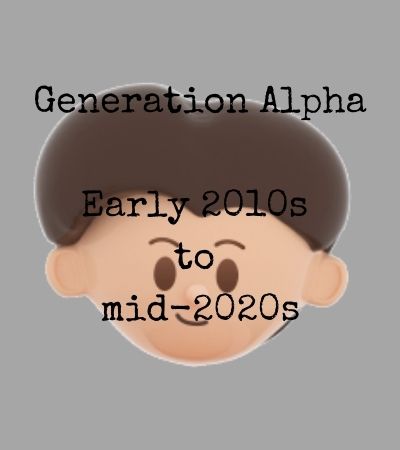 Who came up with the word Generation Alpha?

Well, Mark McCrindle, is man who came up with the word “Generation Alpha”. During an interview with New York time1, Mark, author of The ABC of XYZ, explained that he conducted a research which had suggestion of the name Generation Alpha.  A word generation alpha would be appropriate considering the prior name before it is Generation Z3.

Here are some of the characteristics to expect from this generation

Although no one has reached adulthood, a few characteristic can still be mentioned and predicted for this generation.

Dependent for a longer period

Before the birth of Generation Alpha, Generation Z was the youngest. Currently, majority are in school or have just left college. In other words, most are in their teenage stage or are young adults.

Other names for Generation Z

They are digitally well equipped and can access information quickly

Have a lower tendency of reading books, since their time is spent on electronic devices

They tend to live slower life compared to the millennials

They have a higher awareness

Are social connected online, but it is hard for them to friendship and long lastin relation ships

Currently they are the largest generation on Earth

They are not likely to settle down before 30 years

They are sleep deprived

Both have been brought up with a certain level technology and internet connection.

Population of millennials: 72 million (USA), 1.8 billion in the world 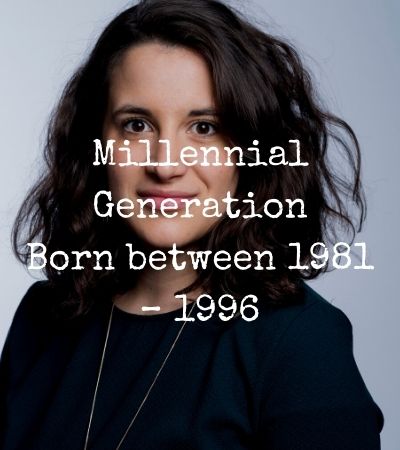 Millennials, also known commonly referred to as Generation Y. These are people born between 1981 to 1996.  Majority of millennials are the children of baby boomers and early Generation X . Since the age range for this cohort is 26 to 41 years they are the parents for Generation Alpha

Other names for Millennials

Difference Between Gen Z and Millennials

In a work environment

In a learning Environment

Gen Xers is the generation that between baby boomers and the millennials. Most members of Generation X are the children of the Silent Generation. In 1970s and 1980s baby boomers were still children. At this time societal values were changing and there were more divorce cases, dual-income families and single-parent households. Most millennial parents are from this generation.

Other names for Generation X

The term baby boom is commonly shortened to boomers. The word baby boom denotes to a clear increase in the birth rate after the world war II. Boomers generation denotes the generation before, Generation X and one after silent generation. Majority of baby boomers are children of either the Greatest Generation or the Silent Generation. Additionally, they are often parents of late Gen Xers and Millennials

Population of Silent Generation: 21.7 million (USA), 130 million in the world

The reason why these generation has fewer people is because this is the generation that underwent the world war I and world war II. Additionally, this was the period for great depression that didn’t allow parents to have many children.

Characteristics of the Silent Generation

The name Generation Z was chosen since it is the generation after Generation X. Alphabetically Z follows letter Y, consequently after Gen Y came Gen Z.

No, Generation X precedes Generation Y who are also known as millennials

As mentioned before, Generation X were born and raised at a time when societal values were changing and there were more divorce cases, dual-income families and single-parent households. This changing value led to lonely children who ended up being rebellious.  Currently in most working environment, millennials interests are often focused on, which leaves Generation x left out.

The main things that can clearly define a Millennials generation is that they are the first global generation to grow up in internet age. Most are familiar with technological devices like mobile phones, laptops, etc. Majority have several social media accounts.

Knowing Generations by Age Range is vital, as they can reveal comparable attitudes and behaviors among consumers who experienced world events at the same phase. There are similar characteristic in each generation and as a marketer or researcher you can be able to know what to expect from a certain group. However, even with this knowledge it is important to know generations don’t tell the whole story and their behaviors cannot be so easy to study by simple analysis. Whichever generation you are in it important consider personal interest and goals

2.”US Population by Generation” www.statista.com/statistics/797321/us-population-by-generation/