Below are Funny Debate Topics for Adults that will keep you having a conversation with friends or loved ones. 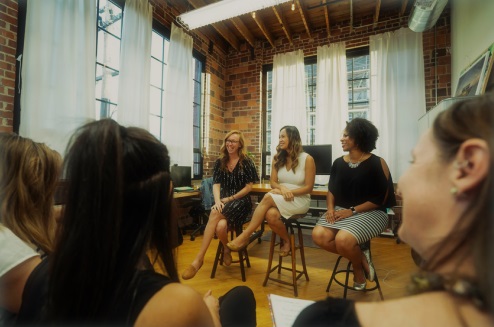 What would you do if your boss asks for proof of hospital attendance and you know you were not sick?

Between an elephant and a lion, which one would make a better king of the jungle?

Is Android better than iOS?

Do you think time travel is real?

Between a blind man and a deaf man, whom do you think has an easier life?

In the big bang theory, what came first the seeds or the plant?

What do you think will be different in our society 100 years from now?

Would you rather be, a captain of a big ship or captain of the largest Boeing?

If you are given a chance to develop a robot with a superpower what kind would you make?

What other planet would you prefer to visit and the reasons why?

Is it possible to become good friends with your boss?

Do you think the second and first world Wars could have been prevented?

Should sex toys be taxed more?

Should smoking of cigar rete be completely banned?

If you were to eliminate one of the social media platforms which one would you choose and what would be the reasons for your decision?

Do you think Facebook will become better after being placed under the umbrella of Meta?

Is social media creating a toxic culture for young people?

Which social media group would you prefer to accidentally send a wayward picture to, religious group or family group?

Would you rather be an introvert or an extrovert?

Is the current Arsenal Football team-worst in history?

Does the current education system favor only academically gifted kids?

Should same-sex marriages be abolished?

Why are the causes of mental health on the rise?

Would you rather be rich and lonely or happy and poor?

Do you think the world’s next catastrophe will be created by man?

Between Kobe Bryant and Michael Jordan who was the best basketball player?

Is success in life-related to the amount of hard work one puts in?

Is climatic change likely to lead to desertification of more forests?

Would you tell your friend that they are getting too fat?

Would you tell your friend that they are getting too fat?

Is it better to be single or married?

How many times can you forgive betrayal from a friend?

Is it true that what we eat has a direct impact on the number of years one will live on earth?